ARTISTS works in our home

My guests often comment about the paintings here at la Forge. Despite à home filled with family antiques…or perhaps because of that….we’ve always collected contemporary art. I never tire of looking at or using the pieces I have acquired over the years.

I have often proposed visits to the workshops of some of my favorite artists who live in the area…and in some cases can even organize master classes with the artists for small groups of my guests. This new page is to give you a better idea of who the artists are and where you can see their work both in galleries and on their web sites. If you too are interested in buying their works you can contact me and I can help organize a direct sale with the artist. 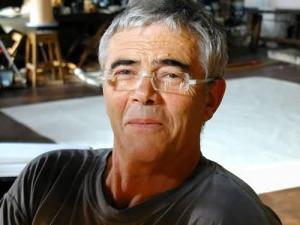 Alain Bergeon’s mixed media works dominate my living room walls. The larger piece, above, brings to life my work in the performing arts and I used it as my professional logo for many years. There are also several of his portraits in the terrasse guest room. 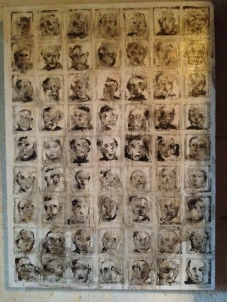 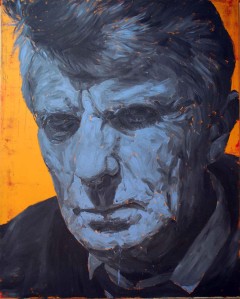 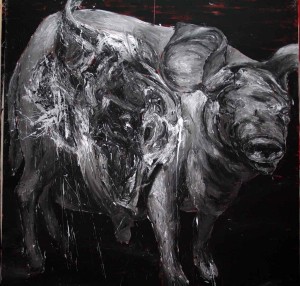 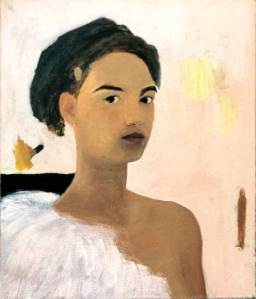 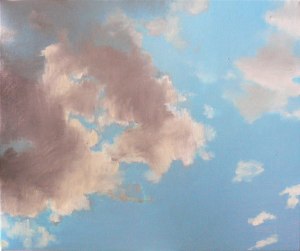 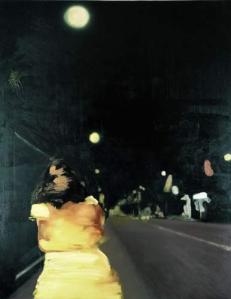 Unfortunately there is no web site and little information about this artist whose work has accompanied me daily all of these years. I bought my first small, sewn, work from his travel diary “la Bretagne” in 1984. I always said I would sometime like to have one of the larger pieces that I saw at an expo organized by the Gallery the Troisiem Oeil…perhaps someday.

Here is a short article in French that accompanied the retrospective that was given at the Galerie des Beaux Arts de Bordeaux in 2008:     http://www.artpointfrance.info/article-18608462.html

I met Jean Michel Lesaux, also a graphic artist and photographer in Libourne, while preparing an exhibit  in the 12 Century church of our village. His works, each of a biblical subject, took the place of the traditional religious painting and sculptures in the church during a weekend. Their contemporary beauty gave a new air of inspiration to the the church….unfortunately the moment was short lived…until the recent renovation of the church where the stone walls and medieval sculptures again speak for themselves . 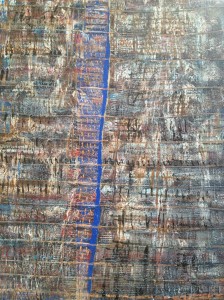 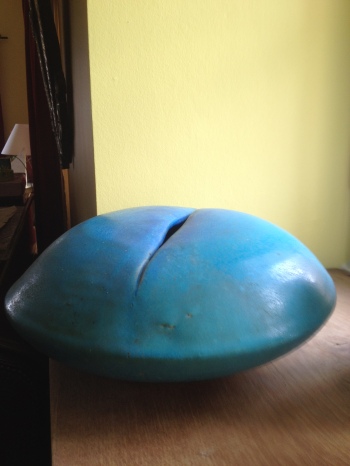 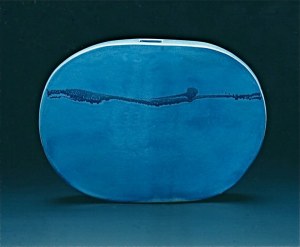 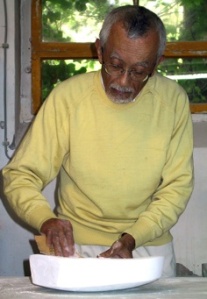 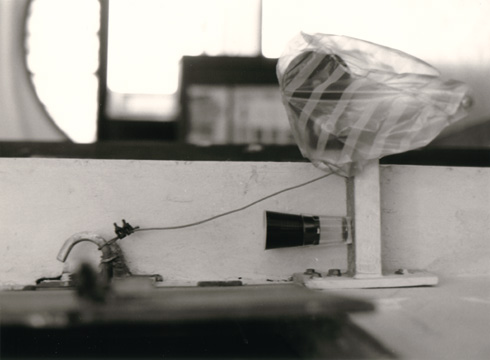 A near by museum/galerie/ collective workshop that traces local village potterie as well as tempory exhibits of contempory ceramis artists. It’s just off the bike path in the village of SADIRAC (behind the church and library) They organise a very large and well judged fair every year In 2013 it will be on the weekend of the 8-9  June.  http://www.maisonpoteriesadirac.fr

And while in St Emilion the Musée de la Poterie is a wonderful underground museum traving local poterie as well as some contermpory artists.  http://www.saint-emilion-museepoterie.fr

One response to “ARTISTS works in our home”